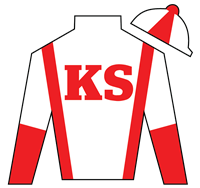 Practical Joke is a 8 year old horse that was born in 2014 and retired -> race from 2016 to 2017. He was sired by Into Mischief out of the Distorted Humor mare Halo Humor. He was trained by Chad C. Brown and retired -> race for William H. Lawrence Klaravich Stables Inc., and was bred in Kentucky, United States by [Add Data]. Practical Joke has raced at Aqueduct, Belmont Park, Churchill Downs, Del Mar, Gulfstream Park, Keeneland, Monmouth Park, Santa Anita Park, Saratoga with wins at Belmont Park, Saratoga. His stakes wins include wins in the 2017 H. Allen Jerkens Memorial (G1), 2017 Dwyer (G3), 2016 Champagne (G1), and the 2016 Hopeful (G1).

Which sires have the most Kentucky Derby contenders?
Of the 270 horses in Las Vegas' most recent Kentuc...

What will Wit do for an encore in the Hopeful?
In a race meet full of impressive performances thi...