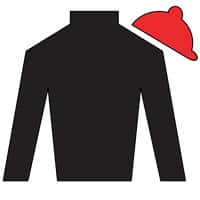 Point of Entry is a 14 year old horse that was born in 2008 and retired -> race from 2011 to 2013. He was sired by Dynaformer out of the Seeking the Gold mare Matlacha Pass. He was trained by Claude R. McGaughey III and retired -> race for Stronach Stables, Phipps Stable, and was bred in Kentucky, United States by [Add Data]. Point of Entry has raced at Aqueduct, Belmont Park, Gulfstream Park, Keeneland, Santa Anita Park, Saratoga with wins at Belmont Park, Gulfstream Park, Keeneland, Saratoga. His stakes wins include wins in the 2013 Manhattan (G1), 2013 Gulfstream Park Turf Handicap (G1), 2012 Joe Hirsch Turf Classic (G1), 2012 Sword Dancer (G1), 2012 Man O' War Stakes (G1), and the 2012 Elkhorn (G2).

Eclipse RANT
When I heard the Eclipse Nominees were being annou...

Horse of the Month: January through December in 2013
Now is the season when the year-in-review articles...

Doug Salvatore's 2013 Eclipse Award Selections
I cringed when I read that I had been assigned the...