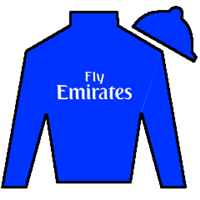 Out of Bounds Photo Gallery

Out of Bounds is a 13 year old horse that was born in 2009 and retired -> race from 2011 to 2014. He was sired by Discreet Cat out of the Unbridled's Song mare Unbridled Elaine. He was trained by Saeed bin Suroor and retired -> race for Godolphin, and was bred in Kentucky, United States by [Add Data]. Out of Bounds has raced at Doncaster-GB, Hollywood Park, Meydan-UAE, Newbury-GB, Santa Anita Park, Windsor-GB, York-GB with wins at Doncaster-GB, Hollywood Park, Santa Anita Park. His stakes wins include wins in the 2013 Conditions Stakes, and the 2012 Sham (G3).

The Kentucky Derby Never Sparkled so Bright
Ranking is what horse racing enthusiasts do the be...

Time Out from the Derby Trail to Talk about Collecting Derby Memories
The Kentucky Derby Trail began on January 7, 2012,...
KENTUCKY DERBY 2012 Contenders – Hansen is back; Out of Bounds injured
The road to Kentucky Derby 2012 is full of ups and...

Out of Bounds off Triple Crown trail with ankle fracture
Sham Stakes winner Out of Bounds came out of a wor...