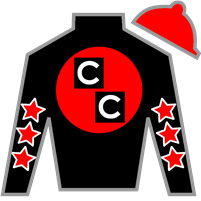 One Liner is a 8 year old horse that was born in 2014 and retired -> race from 2016 to 2019. He was sired by Into Mischief out of the Cherokee Run mare Cayala. He was trained by Todd A. Pletcher and retired -> race for Whispering Oaks Farm LLC, and was bred in Kentucky, United States by [Add Data]. One Liner has raced at Belmont Park, Gulfstream Park, Keeneland, Oaklawn Park, Pimlico Race Course, Saratoga with wins at Gulfstream Park, Keeneland, Oaklawn Park, Saratoga. His has a stakes win at the 2017 Southwest Stakes (G3).

One Liner ready for 'big effort on the cutback' in Met Mile
Already a two-time winner, trainer Todd Pletcher l...