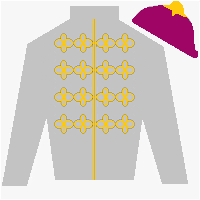 California Chrome is the star of Scenes from the Dubai World Cup
I can't believe a week has passed by after months...