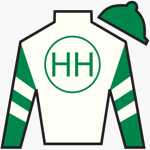 6 workouts to watch before making 2017 Breeders’ Cup picks
On a normal day at the track, a horse’s workout is...