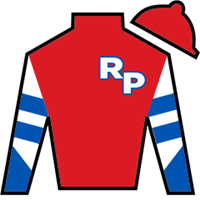 Moonshine Mullin is a 14 year old horse that was born in 2008 and retired -> race from 2010 to 2014. He was sired by Albert the Great out of the Distant View mare Mullen Road. He was trained by Randy L. Morse and retired -> race for Randy Patterson, and was bred in Kentucky, United States by Dick Johnson, Russ Beran. Moonshine Mullin has raced at Arlington Park, Churchill Downs, Gulfstream Park, Hawthorne Racecourse, Lone Star Park, Oaklawn Park, Saratoga, Woodbine with wins at Arlington Park, Churchill Downs, Oaklawn Park, Woodbine. His stakes wins include wins in the 2014 Stephen Foster (G1), 2014 Alysheba (G2), and the 2011 Victoria Park Stakes (LS).

Lukas: 'Brandi' Aiming for Oaks, Not Derby
Moments after Take Charge Brandi ’s victory in the...

2014 Breeders' Cup Classic: Slew of defections leave event wide open
The leaves have changed from spring green to a vib...