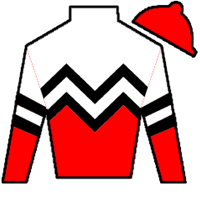 Marchman Gets Class Relief in Bonapaw
A dozen turf dashers have assembled for the $60,00...