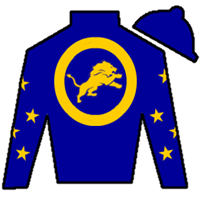 Liam's Map is a 11 year old horse that was born in 2011 and retired -> race from 2014 to 2015. He was sired by Unbridled's Song out of the Trippi mare Miss Macy Sue. He was trained by Todd A. Pletcher and retired -> race for Teresa Viola Racing Stable, and was bred in Kentucky, United States by [Add Data]. Liam's Map has raced at Aqueduct, Belmont Park, Gulfstream Park, Keeneland, Saratoga with wins at Aqueduct, Belmont Park, Gulfstream Park, Keeneland, Saratoga. His stakes wins include wins in the 2015 Breeders' Cup Dirt Mile (G1), 2015 Woodward (G1), and the 2014 Harlan's Holiday (LS).

2017 Kentucky Derby: Not This Time Pedigree Profile
The top two finishers in the Breeders’ Cup Juvenil...

Arrogate in good company as a late blooming three-year-old
Arrogate put on quite a show as a late-blooming th...

Romans Excited About Two-Year-Old Not This Time
Trainer Dale Romans will be sending out highly-reg...