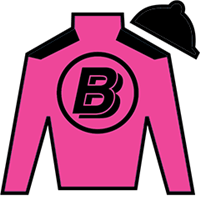 Lexie Lou fights Smartly
It is fitting, on Queen's Plate day, that a former...