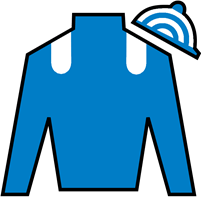 Zipse: My all-time favorite racehorses from A to Z
Prompted by a post on Facebook, I've taken on the...

'Great for the industry' with Lukas in Kentucky Derby 2018
Hall of Famer D. Wayne Lukas, 82, is as tenacious...

Saratoga Time Machine – Future Star Stallions Raced in 2006
It has been a tradition here at A New York State o...

Dubai World Cup: American Winners
The U.S. has a strong set on contenders lined up f...