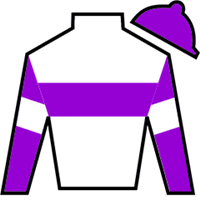 I'll Have Another Photo Gallery

I'll Have Another is a 13 year old horse that was born in 2009 and retired -> race from 2011 to 2012. He was sired by Flower Alley out of the Arch mare Arch's Gal Edith. He was trained by Doug F. O'Neill and retired -> race for J. Paul Reddam, and was bred in Kentucky, United States by Harvey A. Clarke. I'll Have Another has raced at Churchill Downs, Del Mar, Hollywood Park, Pimlico Race Course, Santa Anita Park, Saratoga with wins at Churchill Downs, Hollywood Park, Pimlico Race Course, Santa Anita Park. His stakes wins include wins in the 2012 Preakness Stakes (G1), 2012 Kentucky Derby (G1), 2012 Santa Anita Derby (G1), and the 2012 Robert B. Lewis (G2).

HorseCenter: Listing our races and horses of the decade
This week on HorseCenter , co-hosts Brian Zipse an...