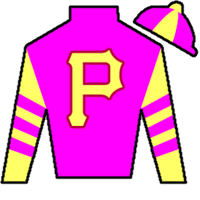 'We think she's good'; Groupie Doll's second foal set for debut
In the early part of this decade, few sprinters we...

Kentucky Derby has restrictions, but Divisidero does not
Like a shot, Gunpowder Farms’ Divisidero exploded...