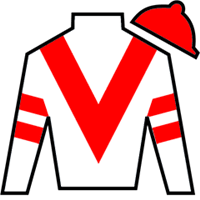 Go Between is a 19 year old horse that was born in 2003 and deceased -> race from 2005 to 2008. He was sired by Point Given out of the Caerleon mare Mediation. He was trained by William I. Mott and deceased -> race for Peter Vegso, and was bred in Florida, United States by [Add Data]. Go Between has raced at Arlington Park, Belmont Park, Del Mar, Gulfstream Park, Hollywood Park, Santa Anita Park, Saratoga with wins at Del Mar, Gulfstream Park, Santa Anita Park. His stakes wins include wins in the 2008 Pacific Classic (G1), and the 2008 Sunshine Classic (RS).