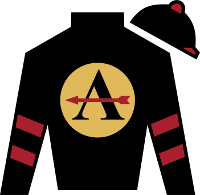 Dead Heat's Top Ten Countdown: Fillies and Mares
Over the last decade there have been many talented...