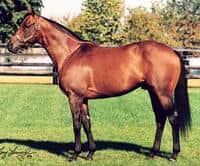 Remembering Awesome Again, a constant face of excellence
It is the end of an era. The sad news came in last...