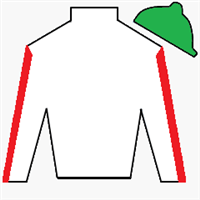 Fly Down is a 15 year old horse that was born in 2007 and deceased -> race from 2009 to 2014. He was sired by Mineshaft out of the Fly So Free mare Queen Randi. He was trained by Nicholas Bachalard and deceased -> race for King Abdullah Bin Abdulaziz Sons, and was bred in Kentucky, United States by [Add Data]. Fly Down has raced at Belmont Park, Churchill Downs, Fair Grounds Race Course, Gulfstream Park, King Abdulaziz-KSA, Meydan-UAE, Saratoga with wins at Belmont Park, Churchill Downs, Gulfstream Park, King Abdulaziz-KSA. His stakes wins include wins in the 2014 Conditions, 2013 Crown Prince Cup, 2012 Conditions, 2012 Crown Prince Cup (LS), and the 2010 Dwyer (G2).

Life Without Horse Racing
Can you imagine it? Just writing that title was li...
Zito has his Travers horse in Easter Gift
As the cornerstone race at his favorite racetrack,...
Dubai No Longer Golden
There was a time, not so long ago, that the Dubai...
Projected 2012 Dubai World Cup Field #2
After the final main local prep for the 2012 Dubai...
Regally Ready among those lining up for Dubai's Super Saturday
More than 20 international Grade/Group 1 winners a...