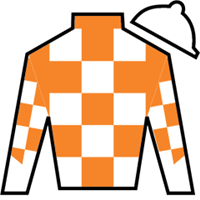 Extensive is a 15 year old gelding and has raced from 2010 to 2015. He was sired by Purge out of the Theatrical mare Zambia. He was trained by Vladimir Cerin and has raced for David W. Wilson, Holly F. Wilson, and was bred in Florida, United States by Craig Bernick. Extensive has raced at Arlington Park, Del Mar, Golden Gate Fields, Gulfstream Park, Hollywood Park, Keeneland, Santa Anita Park, Tampa Bay Downs with wins at Del Mar, Gulfstream Park, Tampa Bay Downs. His has a stakes win at the 2011 Sophomore Turf (RS).

Banned on the Run in Del Mar Derby Thriller (Video)
The mile and an eighth turf journey of the $250,00...