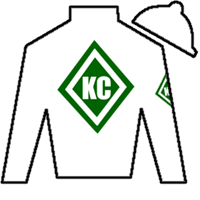 Obviously Stands Out in City of Hope Mile
Irish-bred Obviously will seek his fourth consecut...

Endorsement Will Be Winging in Pacific Classic
When Endorsement drew the least-favored No. 1 post...

Game On Dude Gets Post 11 in Pacific Classic
Five-million-dollar earner Game On Dude will break...