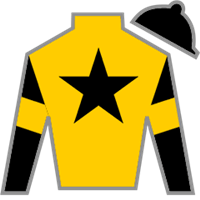 Empire Dreams is a 12 year old gelding and has raced from 2013 to 2017. He was sired by Patriot Act out of the Thunder Gulch mare Ascended Dreams. He was trained by Thomas Albertrani and has raced for West Point Thoroughbreds Inc., and was bred in New York, United States by [Add Data]. Empire Dreams has raced at Aqueduct, Belmont Park, Finger Lakes, Saratoga with wins at Aqueduct, Belmont Park, Finger Lakes. His stakes wins include wins in the 2015 Alex M. Robb (RS), 2015 Commentator (RS), 2014 New York Derby (RS), and the 2013 New York Stallion Great White Way (RS).

Governor Malibu led Empire Classic Odds and Analysis
While a few of the very best New York-breds in tra...