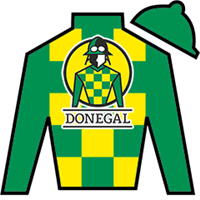 Dullahan is a 13 year old horse that was born in 2009 and deceased -> race from 2011 to 2013. He was sired by Even the Score out of the Smart Strike mare Mining My Own. He was trained by Dale L. Romans and deceased -> race for Donegal Racing, and was bred in Kentucky, United States by Philip P. Needham, Bena Halecky, Judy Needham. Dullahan has raced at Arlington Park, Belmont Park, Churchill Downs, Del Mar, Gulfstream Park, Keeneland, Meydan-UAE, Monmouth Park, Santa Anita Park, Saratoga with wins at Del Mar, Keeneland. His stakes wins include wins in the 2012 Pacific Classic (G1), 2012 Blue Grass Stakes (G1), and the 2011 Breeders' Futurity (G1).

Will the BC Juvenile be a Key Race on the 2015 Kentucky Derby Trail?
Even though it is only February, several runners f...

Racing's Future: Amanda Gillman
“Racing’s Future” is a Q&A series in which I aspir...

Colt from Family of Mine That Bird Tops Day 10 of Yearling Sale
Keeneland realized increases for the fifth consecu...