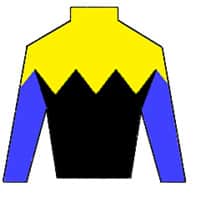 Zipse: Sunday Silence legacy continues with Loves Only You
Largely unwanted first as a potential runner and t...

The Legacy of Sunday Silence Endures
The days of enjoying sons and daughters of Sunday...

Lets Have Some Fun
Let’s all have a little fun, shall we?   What woul...

Gentildonna creates history in Japan Cup
Ryan Moore  capped what has been an exceptional ye...