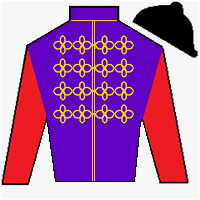 Erupt is the Upset Winner of the Pattison Canadian International
Erupt (IRE) made his first start in North America...

Dartmouth appears to be well-meant for 2016 Canadian International
Owned by Queen Elizabeth II, Dartmouth will be Her...