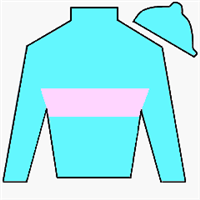 From the Derby to Keeneland, my favorite photographs in 2017
Awesome Slew heads out to the track prior to the C...