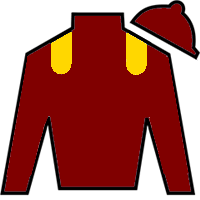 Cool Coal Man is a 18 year old horse that was born in 2005 and retired -> race from 2007 to 2010. He was sired by Mineshaft out of the Rubiano mare Coral Sea. He was trained by Nicholas P. Zito and retired -> race for Robert V. LaPenta, and was bred in Kentucky, United States by [Add Data]. Cool Coal Man has raced at Aqueduct, Belmont Park, Churchill Downs, Gulfstream Park, Keeneland, , Monmouth Park, Saratoga with wins at Gulfstream Park, Monmouth Park, Saratoga. His stakes wins include wins in the 2010 Skip Away Stakes (LS), 2009 Albert The Great Stakes (LS), and the 2008 Fountain of Youth (G2).

2016 Kentucky Derby Under the Radar Spotlight: Matt King Coal
One of the joys of life is discovering that a hors...

The Rachel Diaries - Day 5 Revisited
With the weather outside reaching ridiculous level...