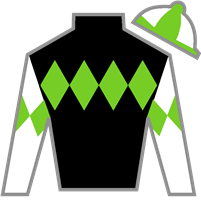 Conspiracy is a 14 year old horse and has raced from 2012 to 2016. He was sired by Giant's Causeway out of the Quiet American mare In Truth. He was trained by Robert Barbara and has raced for Joseph Bucci, and was bred in Kentucky, United States by Gregory McDonald, James M. Lauffer. Conspiracy has raced at Aqueduct, Arlington Park, Belmont Park, Churchill Downs, Fair Grounds Race Course, Gulfstream Park, Keeneland, Santa Anita Park, Saratoga with wins at Aqueduct, Fair Grounds Race Course, Saratoga.