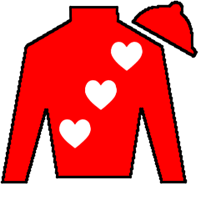 Channel Marker is a 13 year old gelding and has raced from 2013 to 2015. He was sired by Purim out of the Exbourne mare Extended Applause. He was trained by Philip A. Bauer and has raced for Rigney Racing, and was bred in Kentucky, United States by [Add Data]. Channel Marker has raced at Belmont Park, Churchill Downs, Fair Grounds Race Course, Keeneland, Kentucky Downs, Saratoga with wins at Belmont Park, Fair Grounds Race Course, Keeneland, Saratoga. His has a stakes win at the 2015 Jaipur Invitational (G3).