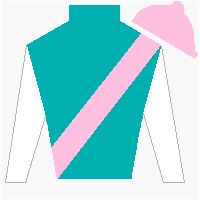 Champs Elysees is a 20 year old horse that was born in 2003 and retired -> race from 2006 to 2009. He was sired by Danehill out of the Kahyasi mare Hasili. He was trained by Robert J. Frankel and retired -> race for Juddmonte Farms Inc., and was bred in [Add Data] by [Add Data]. Champs Elysees (GB) has raced at Hollywood Park, Keeneland, Maisons-Laffitte-FR, Monmouth Park, San Siro-ITY, Santa Anita Park, Woodbine with wins at Hollywood Park, Woodbine. His stakes wins include wins in the 2009 Canadian International (G1), 2008 Hollywood Turf Cup (G1), and the 2008 Northern Dancer Turf (G1).

Longshot Bullards Alley upsets the Canadian International
On a windy and rainy Sunday at Woodbine , the long...
I Told You So: Marsh Side Reinstated
I wrote this right after the Northern Dancer at Wo...
Champs Elysees Crowned The Champ!
On Friday evening the thoroughbred industry gather...
Champs Elysees: Canada's Horse of the Year
Champs Elysees won just a single race in 2009 but...
T.O.night, Tonight
Tonight is the night. The 35th Annual Sovereign Aw...