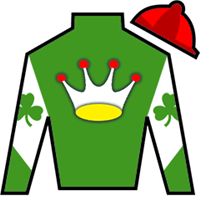 Cathryn Sophia is a 10 year old mare that was born in 2013 and retired -> race from 2015 to 2016. She was sired by Street Boss out of the Mineshaft mare Sheave. She was trained by John C. Servis and retired -> race for Cash is King LLC, and was bred in Maryland, United States by Robert T. Manfuso. Cathryn Sophia has raced at Belmont Park, Churchill Downs, Gulfstream Park, Keeneland, Laurel Park, Parx Racing with wins at Churchill Downs, Gulfstream Park, Laurel Park, Parx Racing. Her stakes wins include wins in the 2016 Princess of Sylmar Stakes (LS), 2016 Kentucky Oaks (G1), 2016 Davona Dale (G2), 2016 Forward Gal (G2), and the 2015 Gin Talking (LS).

Lead changes in horse racing: What you need to know
A horse’s ability to change leads while racing at...

Who is Your Horse of the Year?
There has been plenty of controversy over recent H...