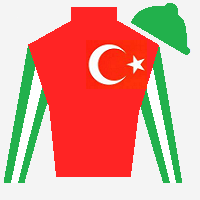 Candy Boy is a 11 year old horse that was born in 2011 and retired -> race from 2013 to 2016. He was sired by Candy Ride out of the In Excess mare She's An Eleven. He was trained by Doug Watson and retired -> race for Ramzan Kadyrov, and was bred in Kentucky, United States by Susan Searing, Lee Searing. Candy Boy has raced at Churchill Downs, Del Mar, Hollywood Park, Los Alamitos Day, Meydan-UAE, Mountaineer, Parx Racing, Santa Anita Park with wins at Hollywood Park, Santa Anita Park. His has a stakes win at the 2014 Robert B. Lewis (G2).

**Candy Boy(DNF) Was Pulled Up Well Short Of The Wire.**