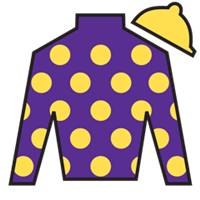 C. Zee is a 11 year old horse and has raced from 2013 to 2016. He was sired by Elusive Bluff out of the Distorted Humor mare Diamondaire. He was trained by Stanley I. Gold and has raced for Jacks or Better Farm Inc., and was bred in Florida, United States by [Add Data]. C. Zee has raced and won at Belmont Park, Calder Race Course, Churchill Downs, Gulfstream Park, Gulfstream Park West, Keeneland, Saratoga, Tampa Bay Downs. His stakes wins include wins in the 2015 GP Sprint Championship (G3), and the 2014 Sir Bear (LS).

Veteran Conditioner Gold Loaded With Stakes Runners
Trainer Stanley Gold is planning to be a frequent...

Mr. Prospector Includes Past Winners Speechify & Singanothersong
Neither has crossed the wire in front since notchi...