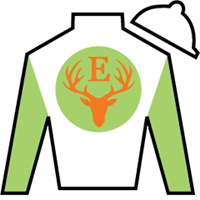 British Idiom is a 6 year old filly that was born in 2017 and deceased -> race from 2019 to 2020. She was sired by Flashback out of the Mr. Sekiguchi mare Rise And Shine. She was trained by Brad Cox and deceased -> race for Dubb, Michael, The Elkstone Group, LLC (Stuart Grant), Madaket Stables LLC and Bethlehem Stables LLC, and was bred in Kentucky, United States by Hargus Sexton, Sandra Sexton andSilver Fern Farm LLC. British Idiom has raced at Fair Grounds, Keeneland, Oaklawn Park, Santa Anita, Saratoga with wins at Keeneland, Santa Anita, Saratoga. Her stakes wins include wins in the 2019 Breeders' Cup Juvenile Fillies (G1), and the 2019 Alcibiades (G1).

Able to 'pour in' to racing stables, Kumin loaded with champs
Sol Kumin described it as “a bummer” when he recei...

Oaklawn's Fantasy Stakes shapes up as a 'Grade 1-caliber race'
Horses from all parts of the country converging fo...