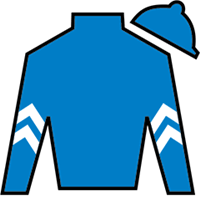 Better Lucky is a 13 year old mare that was born in 2009 and retired -> race from 2011 to 2014. She was sired by Ghostzapper out of the Seeking the Gold mare Sahara Gold. She was trained by Thomas Albertrani and retired -> race for Godolphin LLC, and was bred in Kentucky, United States by [Add Data]. Better Lucky has raced at Aqueduct, Belmont Park, Hollywood Park, Keeneland, Santa Anita Park, Saratoga with wins at Aqueduct, Belmont Park, Hollywood Park, Keeneland, Saratoga. Her stakes wins include wins in the 2014 Shine Again (LS), 2013 First Lady Stakes (G1), 2012 Matriarch Stakes (G1), and the 2012 Sands Point (G2).

Artemis Agrotera Toys With My Miss Aurelia in Ballerina
Ambitiously placed against older fillies and mares...

My Miss Aurelia and Better Lucky Meet Again in Ballerina
Although it only featured four starters, the Shine...