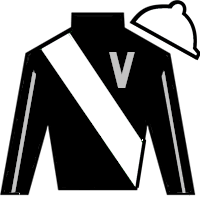 Amulay is a 12 year old mare and has raced from 2013 to 2016. She was sired by It's No Joke out of the Lost Soldier mare Lost Romance. She was trained by Bruce N. Levine and has raced for Roddy J. Valente, and was bred in Kentucky, United States by Mary Anne Hockensmith. Amulay has raced at Aqueduct, Del Mar, Hollywood Park, Monmouth Park, Parx Racing, Santa Anita Park, Saratoga with wins at Aqueduct, Hollywood Park, Santa Anita Park, Saratoga.