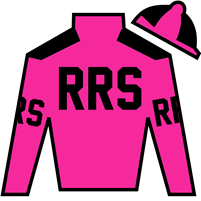 Longshot Poshsky Wins Crystal Water
The longest shot in the field at 21-1, Poshsky , u...