ZATT’s Star of the Week, is … Lord Kanaloa! 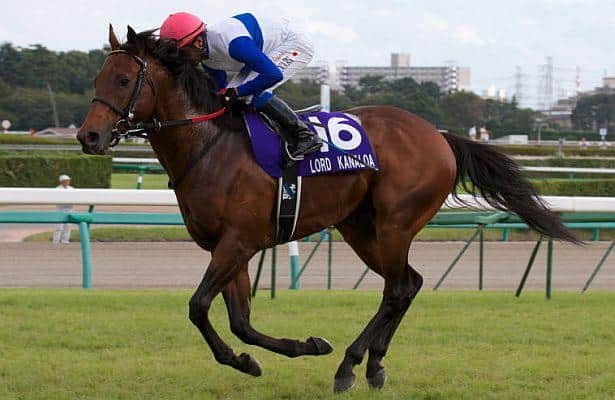 For the second year in a row, the best sprinter in Japan took his show on the road and wowed them at Sha Tin, and this time the star Japanese sprinter likely ran the race of his life. Lord Kanaloa thoroughly outclassed his international competition and delivered a scintillating performance to claim the Longines Hong Kong Sprint in breathtaking style. It was such a dominating performance that I feel quite comfortable in calling Lord Kanaloa the best sprinter in the world. He also holds the distinction of being ZATT’s Star of the Week.

Sent off as the odds-on favorite, perhaps the only fear for Lord Kanaloa going in was the disadvantageous draw on the far outside. It proved to be no problem at all. Piloted by veteran rider Yasunari Iwata, Lord Kanaloa grabbed the perfect position throughout the early going. Like a powder keg readying for explosion, the five-year-old son of King Kamehameha was more than willing bide his time, and wait for the sprint for home. When it was time to go, he turned on an dramatic turn of foot that quickly carried him to the lead, and in another blink of the eye, sprinted away from the field with devastating ease. Running the 1200 meters in a sparkling 1:08.25, Lord Kanaloa was five lengths clear over the second place European shipper Sole Power.

Any further exploits from Lord Kanaloa in the racing world will come from the breeding shed, as it was announced that his electrifying repeat in the Hong Kong Sprint will act as his swan song. Trained by trainer Takayuki Yasud, Lord Kanaloa is owned Lord Horse Club. He will call it a career with 13 wins, five seconds, and a third, from 19 lifetime starts. The bay grandson of Kingmambo was bred in Japan by K.I. Farm and is out of the Storm Cat mare Lady Blossom. American racing fans will remember his second dam, Saratoga Dew, the champion American three-year-old filly of 1992. Lord Kanaloa will now head to retirement and stallion duties in Japan. Talk about going out in style, Lord Kanaloa saved his best for last.

Sadly, the excellent filly, and winner of the Group 1 Nunthorpe Stakes a few months ago at York, Jwala, was euthanized after taking a bad fall with rider, Steve Drowne, in the stretch after lacking room between horses.