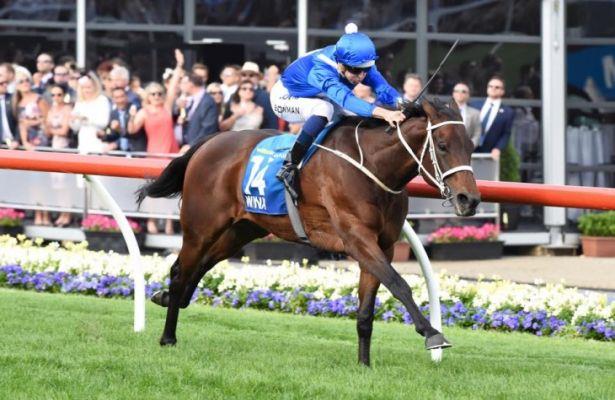 It may not carry the same national fervor as the Melbourne Cup, but the William Hill Cox Plate is regarded as the best weight-for-age race in all of Australia. The 1 ¼ turf affair carries as much history as it does prestige. Inaugurated in 1922, the Cox Plate is held in late October each year and falls between the Caulfield and Melbourne Cups in the Spring Racing Carnival. It’s been won by many of Australia’s biggest racing names from Phar Lap back in 1930 & 1931 to more recent stars like So You Think and Winx. Simply put, it is a huge deal in a nation which adores horse racing.

Ryan Martin, a former jockey down under explained it to me this way, “The race I look forward to the most is the Cox Plate. It is the greatest race in our country. It’s run at Moonee Valley, which is my favorite track. The pressure is always on, and then they go early at the valley down past the school at the 600m, only the toughest of the toughest survive and win. To me this is the one single race I would love to win as a jockey.”

The 2016 edition is set for Saturday at 5 pm locally, which translates to a 2 am Eastern post time here in the United States. Led once again by the great race mare, Winx, the Cox Plate is a race worth staying up for late, or getting up very early to watch, depending on your habits. This year’s field will include a compact group of ten, with all eyes on the five-year-old daughter of Street Cry, who is currently riding the wave of 12 consecutive victories.

Currently rated as Australia’s best race horse, and tied for fourth on the planet in the World Thoroughbred Rankings put out by the IFHA and Longines, Winx will carry much more than her 127 world rating into Moonee Valley tomorrow. Trained by Chris Waller, and ridden by Hugh Bowman, Winx will be defending her crown in the Cox Plate. Last year, she may have well turned in her best performance ever, when she more than proved that she could handle the demands of ten furlongs against Australia’s best.

Now a winner of eight Group 1 races in total, the superstar mare has won all seven of her starts this year in commanding style. Able to drop down in sprints and excel, this year alone she has won in distances ranging from seven furlongs to ten. Most recently she proved a very popular, and much the best winner of the Group 1 Caulfield Stakes at the same distance as the Cox Plate.

Despite the fact that he has been defeated by Winx in all three of their previous meetings, the Godolphin owned Hartnell is considered a real threat to her long winning streak on Saturday. The clear second in Cox Plate wagering, the son of Authorized comes in off his own strong three race winning streak, which includes most recently an impressive victory in Group 1 Turnbull Stakes at the same distance he will find at Moonee Valley.

That easy win was flattered when the mare he beat that afternoon, Jameka, came right back to score in the Caulfield Cup. Like Winx, Hartnell was a Cox Plate participant last year, but could only manage a fifth place finish. The belief is that the five-year-old gelding is a better horse this year, and looks to be coming up to this in ideal form. As good as he may be, though, there is a reason that Winx is the reigning Queen of Australia Racing.