The Year of The Fugue 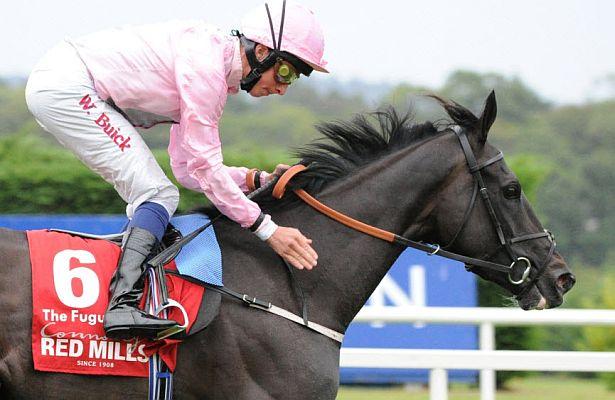 It’s no secret to regular readers of this blog that there are not many horses currently in training which I hold in higher regard than the brilliant English mare, The Fugue. A winner of her debut as a juvenile back in 2011, the now five-year-old John Gosden trained daughter of Dansili has not only been a model of consistency, but she also has not backed away from taking her show far from home. There’s only one problem with her excellent travels to date … she’s yet to visit the winner’s circle outside of Europe.

Not for a lack of excellent performances, but for whatever reason, The Fugue has come up a little short in each of three tries outside of her home continent. Fans of The Fugue should not worry too much, though. We may have only just seen the tip of the iceberg with how good this marvelous mare can become. In the great tradition of another superior English mare, Ouija Board, The Fugue will continue to take on all comers in 2014, beginning with a raid on the Middle East.

It has not been decided in which race she will appear, but the Lord Andrew Lloyd Webber owned mare will be one of the brightest stars at Meydan next month. The Fugue could run in either the Dubai Sheema Classic, the Dubai Duty Free, or the world’s richest race itself, the Dubai World Cup. Under the bright lights in the City of Gold would seem to be the ideal place to break her unlucky streak in international tests.

Let’s take a look at some of The Fugue’s previous runs. Some were victorious, some were not, but all were top class. Her initial Group 1 victory came in the summer of 2012 at Glorious Goodwood with this impressive turn of foot in the Nassau Stakes.

American racefans got their first up close look at The Fugue in a rather unlucky run in the 2012 Breeders' Cup Filly & Mare Turf.

Her first victory as an older horse came with this romp in the Yorkshire Oaks, a race she had finished second in as a three-year-old.

Proving that the boys were not immune from her talents, The Fugue earned her first victory outside of England with this monster performance in the Irish Champion Stakes.

She ventured to the United States again last fall, this time to face the males at 1 1/2 miles. The Fugue was oh so close to getting this one done.

Most recently, it was a trip to Hong Kong to run against some of the top males in the world. I cannot help but to think that the filly was the best on this day. Tell me what you think.