The Exceller Fund: To Help the Horses 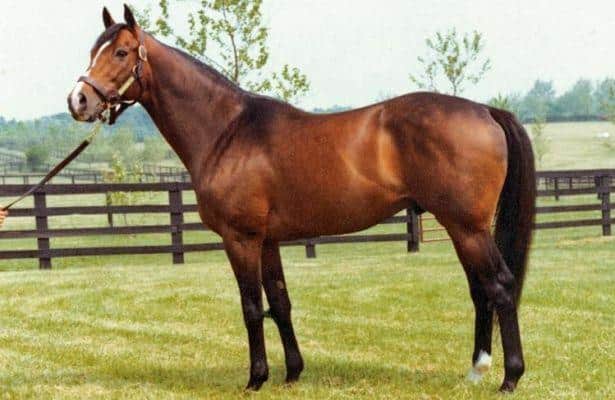 Sometimes the best of things can be born from the worst.

Exceller was a phenomenal racehorse. I know this firsthand, because I remember him well. I had the pleasure of seeing him run in person many times as a youth. Best known as a runner for beating two Triple Crown winners in the same race, the Kentucky-bred son of Vaguely Noble was much more than just his victory in the 1978 Jockey Club Gold Cup over Seattle Slew and Affirmed, though. He was a winner of major races in California, New York, Canada, England, and France. Think about that list for a moment. It’s not something many horses in the history of the sport can claim. Excelling to the highest levels on both dirt and turf, Exceller was one of the best horses in the world of the late 1970’s. He was retired at six-years-old after racing in 1979, and went to stud as a high-priced new stallion at Gainseway Farm in Kentucky.

Unfortunately, Exceller proved not to be the same success as a sire, as he was a runner, and with American breeders looking for speed on dirt, the Hall of Fame runner gradually lost favor as a stallion in the United States. He was sold to a Swedish owner in 1991, and spent several years there, before his bankrupt owner signed off on his ultimate demise. I can’t bring myself to write about how his end was reported to have come in 1997, but suffice it to say it was slaughter. Inhumane slaughter. Unthinkably awful for such a great racehorse to have his life ended this way, I believe that every single horse deserves far, far better.

To help ensure that this horrific ending, of one of the greatest horses of my formative years of following the sport, does not happen again, is exactly why I am so pleased to announce that I have been asked to serve on the Board of Directors of The Exceller Fund.

The Exceller Fund was formed within months after the world learned of Exceller’s tragic death in 1997. A first of its kind, it was the initial Thoroughbred rescue/adoption/retirement organization that was started entirely by fans of racing. Their only goal was to help horses. Nearly two decades later, that is how it stands today.

There are no employees at The Exceller Fund. The officers and board members cover most of the administrative expenses either out of pocket or by making donations. They strive to spend as little as possible, so that all the funds go directly to the care of horses. Quality of care is the priority, whether a horse lives out its years with The Exceller Fund, or has been adopted.

I’m sure you can see why I am so interested and excited to help as much as I can. One of the ways I can do this is by spreading the world, so I might as well start as soon as possible ... It ends tomorrow night, but it is not too late to check out the vintage race themed auction to support the racing warriors of The Exceller Fund. Just click on the image below … thank you!