The Breeders’ Cup Mile A to Z 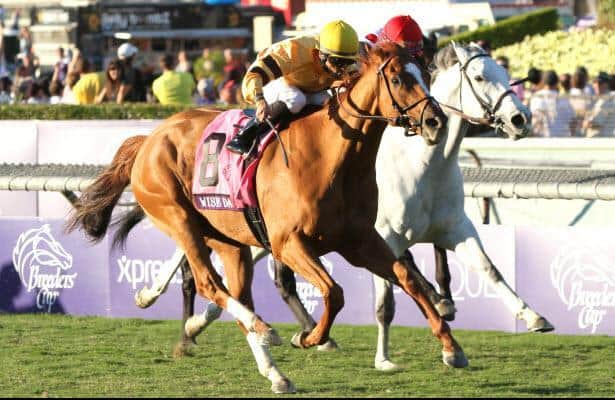 Learn more about the Breeders’ Cup Mile with this compilation of fun facts from the first 30 years of the race, delivered A to Z style ...

B – Barathea ended the Breeders’ Cup Mile streak of Lure when he easily won the 1994 edition, while the two-time winner came home ninth.

E – The Eclipse Award for Champion Turf Female was given to the BC Mile winner five times; Miesque and Goldikova twice each, and Royal Heroine in 1984.

F – Freddy Head has won the Breeders’ Cup Mile five times; twice as a rider on Miesque, and three more times as the trainer of Goldikova.

G – The Queen of the Mile is undoubtedly Goldikova, who won the prestigious event three times in a row from 2008 through 2010.

H – Homebreds have won six of the last eight editions of the Mile; Goldikova (3), Wise Dan (2), and Miesque’s Approval.

I – The partnership made famous by Big Brown, IEAH, came home first in the Mile with Kip Deville over the soft turf at Monmouth Park.

J – Julio C. Canani trained the Mile winner twice over a three-year period with Silic in 1999 and Val Royal in 2001. 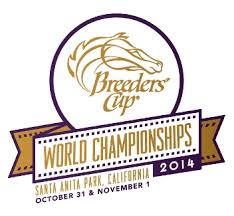 L – Lure is one of four horses to win the Mile in back-to-back to editions, having scored powerful front running victories in 1992 & 1993

M – Becoming the first horse to win twice at the Breeders’ Cup, Miesque powered home by four lengths in 1988 to go along with her 3 ½-length score the year before.

N – War Chant became the sixth and most recent Breeders’ Cup victory for trainer Neil Drysdale, with his win in the 2000 Mile.

O – Oliver Peslier is the only rider to win three times in the Mile, having been aboard Goldikova in each of her trio of victories.

Q – The Usual Q.T. ran big in 2010 to finish third at 22-1, behind only the pair of multi-year champions, Goldikova and Gio Ponti.

R – Royal Heroine became the first of five females to score in the Mile, winning the inaugural edition in 1984.

S – Seven-years-old is the age of the oldest Breeders’ Cup Mile winner, Miesque’s Approval in 2006.

T – Thierry Thulliez earned his only Breeders’ Cup victory in the 1995 Mile aboard Domedriver.

U – Horses based in the USA have won 18 editions of the Breeders’ Cup Mile.

V – Jockey John Velazquez holds the record for longest gap in between wins of 14 years, with victories aboard Da Hoss in 1998 and Wise Dan in 2012.

W – Wise Dan ran the fastest BC Mile in history when he hit the wire in 1:31.78 for the first of his consecutive victories in 2012.

X – John Oxx is best known as the conditioner of Sea The Stars, but he earned his only Breeders’ Cup victory in the 1995 Mile with Ridgewood Pearl.

Y – Yves Saint-Martin became the first European jockey to win the Mile, when he booted home Last Tycoon to win at 35-1 in 1986.

Z – Zilzal was bet down to even money in the 1989 edition, but could only manage a sixth place finish behind the second choice winner, Steinlen.