Belmont Stakes is Saturday, but is there a Triple Crown this year? 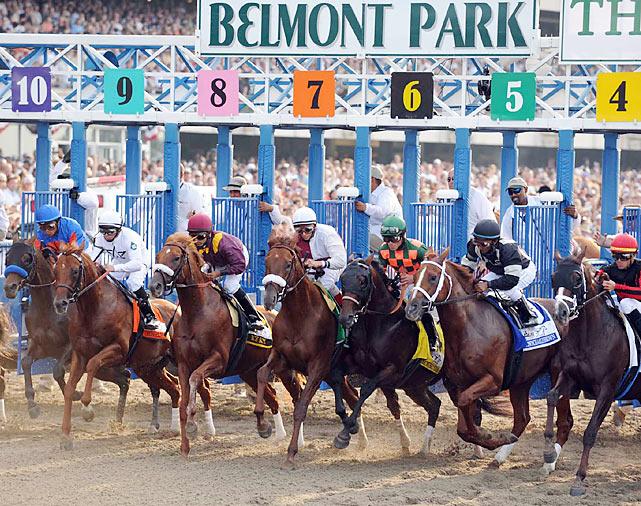 It looks like we can expect a field of about nine when Saturday’s Belmont Stakes is drawn. Adding to the intrigue of this year’s “Test of a Champion” is that for the first time ever, it will act as the initial leg of the Triple Crown -- that is, if you believe we really have a Triple Crown in what we are all now living through.

This year will always be remembered for the coronavirus pandemic that was unleashed on the world. Thoroughbred racing, like every facet of society, has been affected. Racetracks have scrambled to make their product safe. Big races have been delayed, or in some cases, cancelled, and all this while racing takes place without fans in the stands.

Perhaps the biggest effect that the pandemic has had on racing -- at least for the casual fan -- can be found in our Triple Crown. When the Kentucky Derby was delayed from the first Saturday in May to the first Saturday in September, it had a ripple effect on the other two legs of America’s most prestigious series of races.

In response, the Preakness was moved to four weeks after the Derby, which is also four weeks before the Breeders’ Cup. This left NYRA with little recourse but to do something unusual with its signature race.

Moving to June 20, a date 11 weeks before this year’s Kentucky Derby, was not very unexpected. It gave NYRA tracks the opportunity to host their two big races -- the Belmont and the Travers at Saratoga -- in an attractive sequence before the Derby.

The change that took many by surprise, however, was the cut in distance from the traditional 1 1/2 miles to 1 1/8 mile. In other words, “The Test of a Champion” in 2020 would be a one-turn race.

The decision was made because NYRA thought it would be too much to ask of horses and horsemen to run 1 1/2 miles in June without the typical foundation that had been built up to in the winter and spring.

How, for instance, would they attract those speedy and talented horses from the barn of Bob Baffert if the Belmont was still 12 furlongs? As it turns out, none will make this year’s race anyway.

From a historical standpoint, Saturday’s Belmont Stakes is by no means the Belmont Stakes as it is meant to be. It will not be the ultimate hurdle for horses in search of immortality after winning the Kentucky Derby and Preakness. Instead, it will play as one of the more important preps on the road to the Churchill Downs and the Derby.

The 2020 Belmont Stakes, led by Tiz the Law, will be a good race, and an important one, but hardly one that should decide a Triple Crown, or even begin it. Surely there would need to be a big, bold asterisk next to the name of any horse that could sweep all three races.

Of course, it’s highly probable that this will all be a moot point. While winning three races in five weeks, culminating at a mile and a half, is extremely difficult, winning the same three races in a 15-week span, even without the 12 furlongs of the standard Belmont, will certainly be no piece of cake.

Perhaps we all should just be happy that we have racing, and good racing, at all during this time of uncertainty. But as far as the Triple Crown, it would be hard to call the winner of this year’s series of the Belmont, Kentucky Derby and Preakness a true Triple Crown champion.