Spectacular Bid Overcame Everything in the Florida Derby 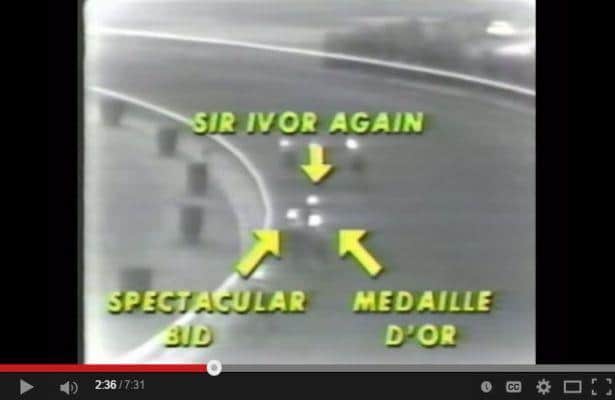 In an interesting comment thread today on Horse Racing Nation, we were asked which horse, barring Secretariat, was the most talented we ever saw in person. I’ve been lucky enough to see all the American greats of the last 40-plus years, yet still, I did not need to think long about my answer. It was Spectacular Bid.

A stunningly talented juvenile champion, Spectacular Bid’s first stakes win came by 15-lengths, over stakes winners, while running seven furlongs in 1:20 4/5 at Atlantic City, he only got better with age. In fact, his string of prep races was the most impressive march to the Kentucky Derby that I have ever seen.

Noteworthy among them was the Florida Derby. In one of the worst rides a good horse ever had to endure, the Bid was banged, and checked, and frankly, put directly into harms way. Ronnie Franklin looked like he had never ridden before, doing everything he could to get his heavily favored mount beaten. The Bid would have none of that. Finally on his decisive attempt to display his superiority, Spectacular Bid swung out and won the important 1979 Kentucky Derby prep for fun. His winning margin of 4 ½ lengths that afternoon almost seemed silly. He should have won by 20.

Incredibly, young Ronnie Franklin would ride the great horse five more times, before finally being replaced for good by the Hall of Famer, Bill Shoemaker. Together that pair would partner for a 13-12-1-0 record to finish his career.

Perusing through some old videos of the Bid, I came across this excellent Wide World of Sports segment of Jim McKay and Eddie Arcaro examining  Spectacular Bid's Florida Derby. Watch for yourself as an incredible horse overcomes a ride too poor to be believed.