Zipse: Simplification will be my top Kentucky Derby long shot 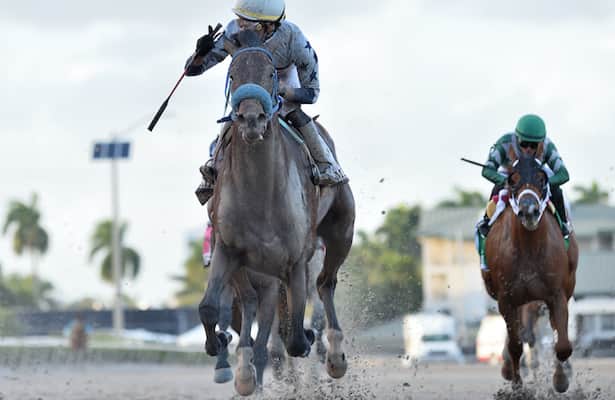 I still have not decided who my top pick for the 2022 Kentucky Derby will be between the talented Zandon and the accomplished Epicenter, but as far as my top long shot for the big race, that has already been decided – it will be Simplification.

I’m expecting something in the neighborhood of 20-1 or more on race day for the son of Not This Time, and for a horse who has never failed to fire while running a mile or longer, that’s a very attractive neighborhood.

I say he has never failed to fire at a mile or longer because each of his Beyer Speed Figures at the distance have come in at 90+. Some may argue that his third-place finish in the Florida Derby (G1) was a major disappointment, but I disagree.

First off, that’s exactly why he will be a long shot on Derby Day. Had he come home first in what traditionally has been one of the top preps for the Run for the Roses, we would not be getting the juicy odds that we are sure to see.

Think Thunder Gulch. Despite coming in with a very solid record, he was let go at odds of 24-1 before winning the 1995 Kentucky Derby, after pressing the pace and fading to fourth in the Blue Grass in his final prep.

As for the Antonio Sano-trained Simplification, I thought his Florida Derby was not so disappointing when you consider how the race unfolded. As a horse with a versatile running style who has done his best running when off the pace, he was asked to press the pace in the Florida Derby.

He was one of the favorites, and his rider obviously did not want one of the other favorites, Classic Causeway, to have things easy early. I have nothing against that strategy, but it’s certainly not what I want to see from him on the first Saturday in May.

Taking on a talented runner that early at Gulfstream Park spelled ultimate doom for him in that Grade 1 affair, but it might set him up perfectly for a run at Churchill Downs. After the pace battle, I believed he stayed on quite well to finish third behind two very talented horses. With a different strategy for the Derby, watch out.

A different strategy such as the one he used in his penultimate Kentucky Derby prep. Heading into the Fountain of Youth (G2); the Tami Bobo-owned Simplification already had proven to be effective using different early running styles.

He had stalked from the inside and pounced when he broke his maiden by 16 3/4 lengths. He won the Mucho Macho Man Stakes in dominating front-running style, and he showed an impressive ability to come from off the pace when left at the gate in the Holy Bull (G3) before splitting White Abarrio and Mo Donegal for second.

It was in the Fountain of Youth, though, where I saw a potential Kentucky Derby winner. Ridden with confidence by Jose Ortiz, Simplification relaxed early, was checked during the backstretch and waited for traffic to clear before sweeping by wide for an impressive victory.

This will be the race that I use as a barometer for Simplification when handicapping the Kentucky Derby. There was nothing wrong with his win in the Mucho Macho Man, second in the Holy Bull or third in the Florida Derby, but this is the performance that I can envision for him at Churchill Downs.

I like the connections of this Derby long shot as well. Trainer and rider have been here before. The veteran Sano guided Gunnevera to an excellent career filled with big races a few years back, and Ortiz has knocked on the Kentucky Derby door in recent years.

Always thought of as a horse who wants to go the distance by his veteran trainer, and with a pedigree to match, I see Simplification as a horse having an excellent foundation. Despite drastically different positions early and not the best of luck, he has continued to perform very well while facing good competition in South Florida.

Finally, and also of importance, came Friday’s workout at Gulfstream Park. Simplification's move, breezing five furlongs in 59.42 seconds before galloping out a mile in 1:37.52, has met rave reviews. And for good reason – it was impressive.

There are a number of realistic, potential winners of the Kentucky Derby in 13 days, but none of them will have the odds of Simplification. He is my top long shot.