Reserved Enthusiasm for the Return of Shanghai Bobby 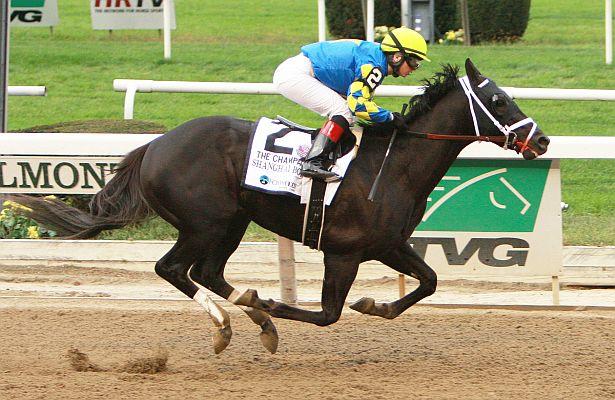 Moments after Starlight Racing's Shanghai Bobby returned from a half-year sabbatical to win in this afternoon’s Aljamin Stakes, I enjoyed reading a myriad of comments that came rolling in regarding his performance. More were positive than not, but they ranged from, “The Champ is Back!” to “I thought he would have handled that bunch much more easily.”

Fair enough, part of the fun of horse racing is the wide range of opinions it elicits, and then seeing which of those opinions end up holding the most water over time.

For what it’s worth, I fell very much in the middle of the range of Bobby post-race analysis comments. I graded his return performance a B. It was by no means spectacular, but I felt chasing a strong early pace before striking to the lead late, and then holding off a game challenger who came through on the rail, was quite solid.  It demonstrated a fair amount of class, and I believe the improving second place finisher, Slan Abhaile, will likely be a stakes winner in the not too distant future. A move forward off this run by Shanghai Bobby would move him right back into graded stakes quality racing. Having said that, my enthusiasm is tempered.

Perhaps the most important comment after the race came from his trainer, Todd Pletcher.

“He ran really well off the layoff. I thought he ran well enough today to put us in the mix for the Breeders' Cup Sprint or the Dirt Mile, but we'll see how he bounces out of it, said Pletcher. "You're always concerned when you haven't run a horse in [six] months, champion 2-year-old, and all of that. We felt like we had him ready enough, and he showed up and ran his race."

After reading his post-race quotes, I wondered how much was reality, and how much was a sense of relief. Pletcher just had to be nervous about this comeback for awhile now.

Like I said, I thought the 2012 Two-Year-Old Juvenile Champion’s return to the races was solid, but to run in the Breeders’ Cup Sprint or Dirt Mile in his next start? I don’t know.

He did not look like a horse ready to win that type of heat in his very next outing to me. One more condition and confidence building race, where if he looks good, it would set him up for a major goal like the Grade 1 Cigar Mile at the end of November, would be more the path in which I would be looking. Of course, that's just my opinion.