Could Pletcher Change the Structure of the Triple Crown? 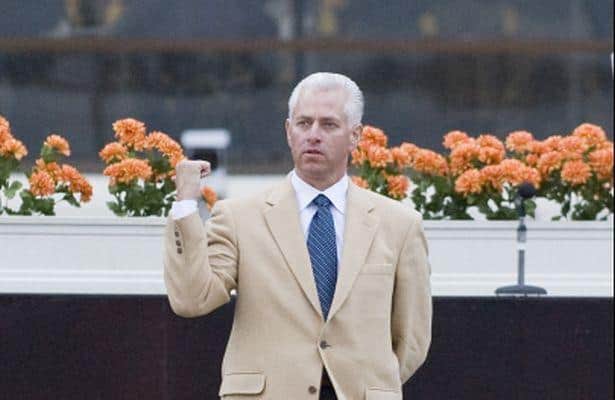 No trainer has won more in the 21st century than Todd Pletcher. With all his big races won, and training titles, comes a certain amount of respect and influence. This influence may ultimately change the modern Triple Crown.

I remember when the Blue Grass Stakes, traditionally one of the most important preps for the Kentucky Derby, was only nine days before the Run for the Roses. Back in the day, connections had no problem running their horses in both. Can you imagine these days a major Derby prep being run only nine days before the first Saturday in May? No Derby horse would show up. I even remember when the Derby Trial was four days before the Kentucky Derby, and horses ran in both. Times have changed, and those days are long gone -- so why exactly are we holding on to the traditional five-week span for the Triple Crown so doggedly? Taking a cue from Todd Pletcher, I am no longer so sure that there is good reason to hold on to this tradition.

Call it spotting his horses if you must, but I am not buying Todd Pletcher’s skipping of the Preakness. He has the ammunition. He ran multiple horses in the 2015 Kentucky Derby, and he will run multiple horses in this year’s Belmont Stakes, and that does not even include his very Preakness eligible colt, Competitive Edge, who ran on Derby day. It should be crystal clear to us all that America’s top trainer is making a strong statement that the Triple Crown races are too close to each other on the calendar. Because of this, the Middle Jewel, the Preakness, is the odd race out for the powerful Todd Pletcher stable.

While we can appreciate that the top three from the Derby will be at Pimlico on Saturday, I do not believe that anyone would argue that the seven horse field wouldn't be a whole lot more interesting with a few more top level horses running in the Preakness.

We’ve been through this discussion before, but I’m not sure we’ve ever seen such an obvious example of why the timing between races of the Triple Crown should be expanded. Todd Pletcher, America’s most influential trainer, is not running any of his horses in the Preakness -- Not Materiality -- Not Carpe Diem -- Not Competitive Edge -- simply because it is too close to the Derby. To me, this seems like time for a change.