Zipse: Sunday Silence legacy continues with Loves Only You 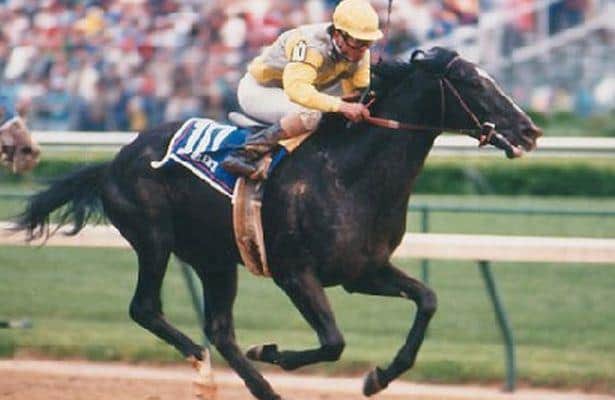 Largely unwanted first as a potential runner and then as a potential stallion, Sunday Silence became a superstar in every sense of the word. Closing out a sensational career last night with a popular win in the Hong Kong Cup (G1) at Sha Tin, Loves Only You was a further reminder of the remarkable legacy of her grandsire.

As a racehorse, Sunday Silence excelled. The thin-bodied son of Halo never finished worse than second in 14 career starts. His thrilling wins over his great rival Easy Goer in the Kentucky Derby, Preakness and Breeders’ Cup Classic earned him the title as the 1989 Horse of the Year.

The black colt had tactical speed, turn of foot, and stamina not often seen in American dirt racing. Trained by the great Charlie Whittingham, he defied everyone who passed on him at yearling sales and got the better of his fellow Hall of Fame rival on three of four occasions.

Besides his most famous wins, he also accounted for the San Felipe (G2), Santa Anita Derby (G1), Super Derby (G1) and Californian (G1). Four weeks before the Kentucky Derby, Whittingham showed the world just what Sunday Silence was about to become with an 11-length runaway in the Santa Anita Derby.

After all he accomplished on the track, Sunday Silence still was not held in high regard by American breeders and was subsequently sold to Japanese interests. To say that he altered the Thoroughbred breed in his new country would be a massive understatement.

The American champion dominated Japan’s sire standings in 13 consecutive seasons, from 1995 through 2007. He changed racing in his adopted home forever. Sunday Silence not only improved the nation’s breed with his ability to produce champions, but he was the key to the nation becoming respected on a global stage.

Of his numerous champions, Deep Impact was Sunday Silence's greatest racehorse. He won 12 of his 13 starts in Japan, including the Triple Crown and the Japan Cup. He has also become a champion at stud.

Nearly 20 years since his untimely passing, the legacy of Sunday Silence still can be seen in nearly every big race in Japan. As a broodmare sire and a grandsire, his influence is everywhere, and his top son Deep Impact leads the charge.

Already an accomplished mare, Deep Impact’s daughter Loves Only You took things to a higher level in the last five weeks. Traveling to America, she was an impressive winner of the Breeders’ Cup Filly & Mare Turf last month before closing out her career by bravely winning the rich Hong Kong Cup over males on Sunday.

Retiring with eight wins from 16 career starts, Loves Only You was able to carry her success to a world stage. She won at the highest level in Japan, the U.S. and Hong Kong, while just missing in Dubai. After her big win in Hong Kong, she is set to travel to Northern Farm in Japan to begin her career as a broodmare. The future of the Sunday Silence bloodline looks to be in very good hands.

The racing career of Sunday Silence came to a close before the 1990 racing season ended, and he was lost from this world way too early at the age of 16. But his legacy as one of racing’s most unforgettable runners and stallions continues. Loves Only You was a wonderful reminder of the greatness of the horse that nobody wanted.