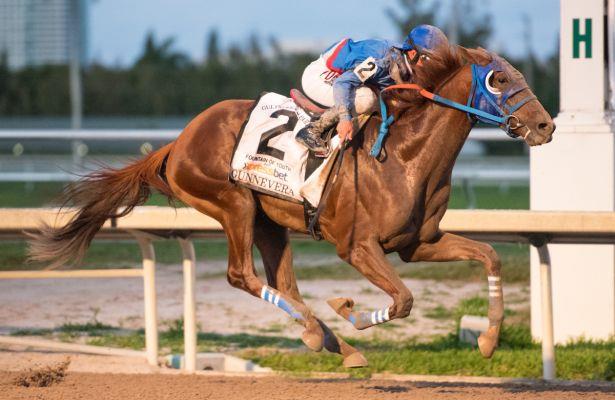 With all the upsets going on in the prep races, there will be some pretty high profile contenders coming into the 2017 Kentucky Derby off a loss. Which begs the question, can a horse like Gunnevera or McCraken win the big one after disappointing in their final prep race? Of course, the answer is yes, but it got me thinking about the way recent winners on the first Saturday in May came into the Kentucky Derby. Or more specifically, how they fared in their final prep race before meeting the throngs of fans under the twin spires.

I happily researched the last four decades of Derby winners, or at least researched any winners where my memory was less than 100%, and the chart below represents my findings.

*Alysheba finished first, but was DQ'd and placed third in the '87 Blue Grass.

The first thing we note is the lack of winners of the Derby in recent years to come in from a loss -- six straight years to be precise. Nyquist, American Pharoah, California Chrome, Orb, I'll Have Another, and Animal Kingdom came to Churchill Downs from four different final prep places, but all of them won their last race proceeding the Run for the Roses.

If you like Gunnevera, McCraken, or one of the many other horses that will enter the starting gate on May 6 coming in off a defeat, you will need your horse to break the recent trend. As this type of thing tends to by cyclical, though, it should be helpful to realize that this is a streak that is due to be broken.

The streak of six in a row for horses to run to victory in the Kentucky Derby after winning their final prep is the longest within the last four decades, with only the streak of five begun by Foolish Pleasure and Bold Forbes from 1975 - 1979, being the only other significant streak going back at least 50 years.

In fact, you can see the longest streak in the last 40 years is surprisingly from horses arriving to Louisville having lost their final prep race. Seven straight, beginning with Lil E. Tee in 1992, through Real Quiet in 1998, all were beaten in their most recent race before running to glory in the Kentucky Derby.

What does it all mean in 2017? Well at the very least, despite the last few years, I would say that we should not discount any horse that failed to reach the winner's circle in their final prep. Take heart Gunnevera and McCraken fans!