Kentucky Derby 2016: This is why I like Majesto (VIDEO) 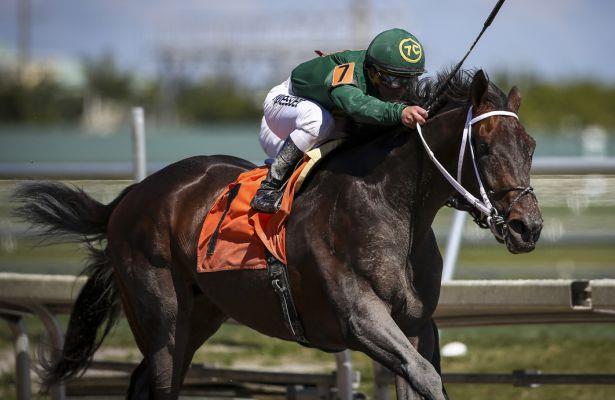 Majesto has become one of my top choices for Kentucky Derby 2016. No really, I kid you not. Favorites have had their day in the sun the past few years, but that streak will not last forever, especially in the days of 20-horse Derby fields every year. Can the son of Tiznow become the next Giacomo or Mine That Bird? I really think so, and here is why:

- He is bred and trained for the distance. A son of two-time Breeders’ Cup Classic winner, Tiznow, and the Grade 1 stakes producing mare, Unacloud, Majesto has the pedigree to run all day. Trained by the Venezuelan star, Gustavo Delgado, he also has the benefit of being handled by a master horseman, who knows very well how to have his horses ready for the longer races. Spiritied gallops this week seem to take little to nothing out of the long winded runner.

- He looks as good on the track, as he does off. It’s no secret that some horses this age flourish when spring rolls around, and seeing Majesto on a daily basis of late, I feel confident in saying this is one horse feeling good at the right time. As far as on the track, the big, handsome ridgling is getting over the track as well as any horse, in my opinion.

- He has more class than you may immediately think. Despite taking five races to break his maiden, Majesto has actually kept good company from the beginning. Facing horses like Destin and Gettysburg early on, Majesto was always competitive, other than his seasonal debut. It was in his last two where he really showed his class. Two starts back, when breaking his maiden, he defeated a horse named, Dig Deep. This is a horse I expect to be a graded stakes winner in the very near future. Then last time, he finished second in the Grade 1 Florida Derby behind Nyquist, and ahead of Fellowship and Mohaymen.

- Nine-furlong experience is a good thing for these young horses being stretched to ten furlongs on the first Saturday in May, and Majesto has plenty of it. Owned by Grupo 7C Racing, he’s already run three times at 1 1/8 miles, more than everyone but Lani, including his second place finish in the Florida Derby, which was his stakes debut.

- Speaking of nine-furlong experience, Majesto is one of the only horses that has bested the 1:50 barrier. Long considered a measuring stick for Derby winners, he joins only Nyquist and Exaggerator, in the current field of 20, as horses who have run faster than 1:50 for 1 1/8 miles.

- Perhaps most importantly, Majesto is getting better with every start. He has run faster, with higher figures, and against better horses, in each of his four starts in 2016. Majesto at 40-1 or more in the Kentucky Derby? Yes, please.

I had a little fun out at his barn the other morning, and spoke with trainer Gustavo Delgado -- his English is better than my Spanish, so we went with the English route, but anyway … Enjoy the video!