Is the Arc Better than the Breeders’ Cup Classic? 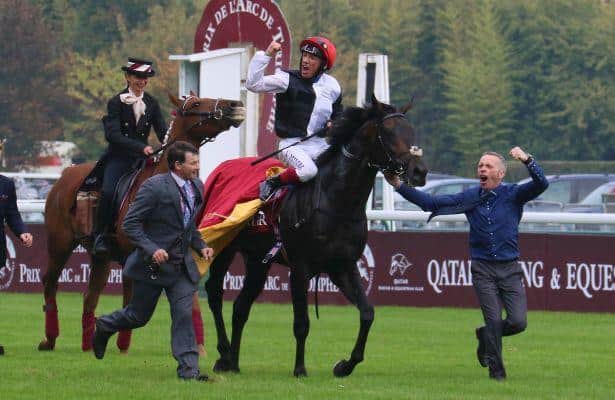 The first ever presentation of the Longines World’s Best Horse Race was made on Tuesday in London. In a relatively tight race, no pun intended, the top honor was bestowed on France’s Qatar Prix de l’Arc de Triomphe. The venerable race at Longchamp beat out America’s richest race, the Breeders’ Cup Classic by a score of 125.75 to 124.33. While I believe this to be a noble and worthwhile undertaking by Longines and the International Federation of Horseracing Authorities (IFHA), with anything brand new, a deeper look at the mechanics and the results needs to be done.

How were these ratings come to, you ask? Assessed by a panel of international handicappers, the ratings of the top four finishers in each race over the past three years served as the basis for each race’s final score. While certainly not an exact science, both the timeframe, the three most recent editions, as well as, the sample of horses, the best four finishers, seems a simple and fair way to test the relative quality of a race. So does this mean Longines and the IFHA got it right in their rankings?

Well, the answer is mostly yes, but as a subjective animal, there can always be spirited debate. Let’s take a look at the 12 horses from each race that were used to qualify for the overall score.

I do believe Longines and the IFHA correctly identified the Top 2 races of the past three years. Whether it is the Arc that is the best, or the Breeders’ Cup Classic, could come down to something as simple as your preference for turf or dirt. Being an American, I naturally side with dirt, and like the Classic list, but I say that with the utmost respect for the greatest grass race in the world. Or maybe it is the repeated presence of Treve on the Arc's list that slightly tipped the scales in favor of the French race. Either way, the strength of both race's list is self evident.

T-4) Breeders’ Cup Turf 122.50 - Buoyed by highly rated European runners like Found, Golden Horn, Flintshire, Magician, and The Fugue, this high rating may be more of a celebration of the overseas shippers, rather than a strong endorsement of the American based runners.

17) Belmont Stakes 119.92 - This one surprised me a bit, as I’m not sure even the New York Racing Association would claim it to be a better race than the Kentucky Derby, but according to the ratings of the last three years, that’s exactly what it is.

T-18) Kentucky Derby 119.83 - Surely if the IFHA looked at more than only the top four finishers, but rather the entire depth of talent, the Kentucky Derby would have been ahead of the Belmont Stakes, as America’s best three-year-old race.

21) Travers Stakes 119.58 - Interesting to note how well the Mid-Summer Derby fits in well with the Triple Crown races, which actually makes sense considering it attracts most of the top three-year-olds in the country preparing for a run at the Breeders’ Cup.

T-31) Whitney Handicap 119.00 - Honor Code nipping Liam’s Map on the wire, with Tonalist not far behind -- 2015 was another example why this Saratoga staple is high on the respect scale.

40) Breeders’ Cup Mile 118.50 - I believe you could make an argument that this race attracts fields very similar in quality to that of the Breeders’ Cup Turf. However, with the big Euros performing better over here at 12 furlongs than they do at a flat mile, a gap in the rankings are created. Maybe we need the a horse the likes of Frankel to come over, and hit the board, for this race to get the ranking I believe it deserves.

T-42) Met Mile 118.08 - One of my favorite races of the year is the perfect collision of top older horses and top sprinters. Now if we could attract some top three-year-olds like it used to do, it would only be that much better.

The Joe Hirsch Turf Classic, Preakness, and Pacific Classic were all close, but no other American race was able to crack the Top 50. Other U.S races to be recognized in the Top 100, include the Woodward, Sword Dancer, Stephen Foster, Haskell, Shadwell Turf Mile, Clark, Woodford Reserve Turf Classic, Arlington Million, Manhattan, and the Santa Anita Handicap.

In total, American racing was represented with 21 of the Top 100 in the Longines World’s Best Race Horse Rankings. 13 of them are run on the dirt, while 8 of them are on the turf. That seems about right, although possibly slightly skewed towards turf, to better fit in with the rest of the world. I say well done to Longines and the IFHA on creating this award and list, and in overall doing a very good job in getting it right.