Zipse: Serengeti Empress tough to catch in the Apple Blossom 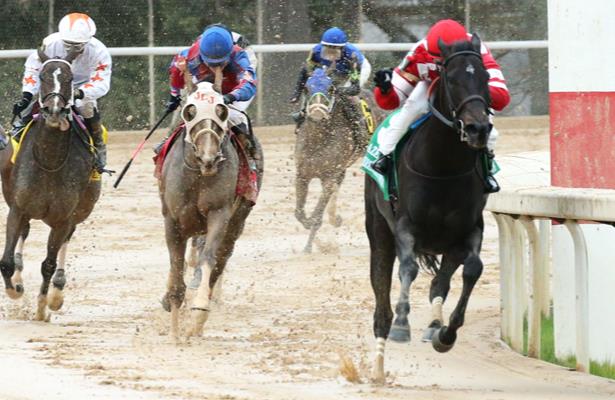 On Saturday at Oaklawn Park, Serengeti Empress will shoulder a favorite's burden in a loaded edition of the Apple Blossom Handicap (G1). Her travels to get here have been filled with success, but also with her fair share of defeats.

Building upon a very promising juvenile season in 2018 which saw her win the Ellis Park Debutante by 13 1/2 lengths and the Pocahontas Stakes (G2) by 19 1/2 lengths, Serengeti Empress proved she was at the top of her class by going wire to wire in last spring's Kentucky Oaks.

A stylish winner of America's most prestigious race for 3-year-old fillies, Serengeti Empress was on the fast track to a championship. That was, until the daughter of Alternation went winless in her final four starts of 2019.

While Covfefe snatched the hardware for top 3-year-old filly, Serengeti Empress was unceremoniously situated in Texas, reading for her 2020 debut. That race came three nights later in the Sam Houston Ladies Classic (G3) when, once again, she failed to find the winner's circle.

Before we hold all these losses too much against Serengeti Empress, note that some defeats are better than others. During that five-race losing streak, Serengeti Empress continued to run big.

Owned by Joel Politi and trained by Tom Amoss, Serengeti Empress ducked no horse during her sophomore campaign. Keep in mind that after a romping win in the Rachel Alexandra Stakes (G2) to begin the season, she bled so badly as the heavy favorite in the Fair Grounds Oaks (G2) that she finished last and needed to be vanned off. Her Kentucky Oaks prospects suddenly looked bleak, but Amoss saw everything he needed following the incident to give his star filly a shot in the big race. The rest is history.


In her first start after Oaks glory, the filly cut back to a one-turn mile, and this time her blazing speed actually got her in trouble. Pressured through a blistering half mile in 43.99 seconds, it's actually remarkable that Serengeti Empress was still able to finish a clear second behind the talented Guarana in the Acorn Stakes (G1).

Things got no easier for her next time out. This time she was beaten by a half-length by Covfefe in the Test Stakes (G1) at Saratoga. Once again she set blistering fractions, rushing up to the lead after breaking just a bit behind. At a distance more suited to her competition, Serengeti Empress gave her everything she wanted before finally yielding in the final strides.

Luck seemingly was not on her side following the Kentucky Oaks, and two starts later, Serengeti Empress ran another strong race in defeat. Not too much was expected of her when facing older females for the first time in the Breeders’ Cup Distaff at Santa Anita, but she once again turned in a strong performance. She led all the way into the stretch at Santa Anita before gamely giving way to finish a good third of 11 behind the top older mares Blue Prize and Midnight Bisou.

Speaking of Midnight Bisou, that second-place result in the Distaff was her only small blemish on an otherwise spotless campaign which easily garnered her the award as top Older Dirt Female. Her big performance while finishing a close second against the boys in the rich Saudi Cup, in her only start so far this year, rates her as the undisputed queen of the older mares. Her place at the top of the pecking order is well earned, but Serengeti Empress may be the one who can challenge her in 2020.

While freshening at Keeneland after her trip to the Middle East, Midnight Bisou will not defend her 2019 Apple Blossom victory. But a gaggle of good female rivals are expected at Oaklawn, which will host the weekend's only graded stakes races.

The Kentucky Oaks heroine of 2019 finally returned to the winner's circle last time in winning the Azeri Stakes (G2), also at Oaklawn Park. She made the romp through the slop look exceedingly easy, but it came over several high-class mares. The way she won on March 14 is what is so exciting about her prospects this year.

While often she was hooked in absolute speed duels last season, look for Serengeti Empress to stick with two turns this year. Those races rarely have the same kind of pace pressure.

In 2020, seeing her out there winging on the lead, playing an effective game of "catch me if you can" may become commonplace in Serengeti Empress' races. So much so, that I believe she might be the mare to dethrone Midnight Bisou as the top older dirt female in the land and finally land an Eclipse Award of her own.